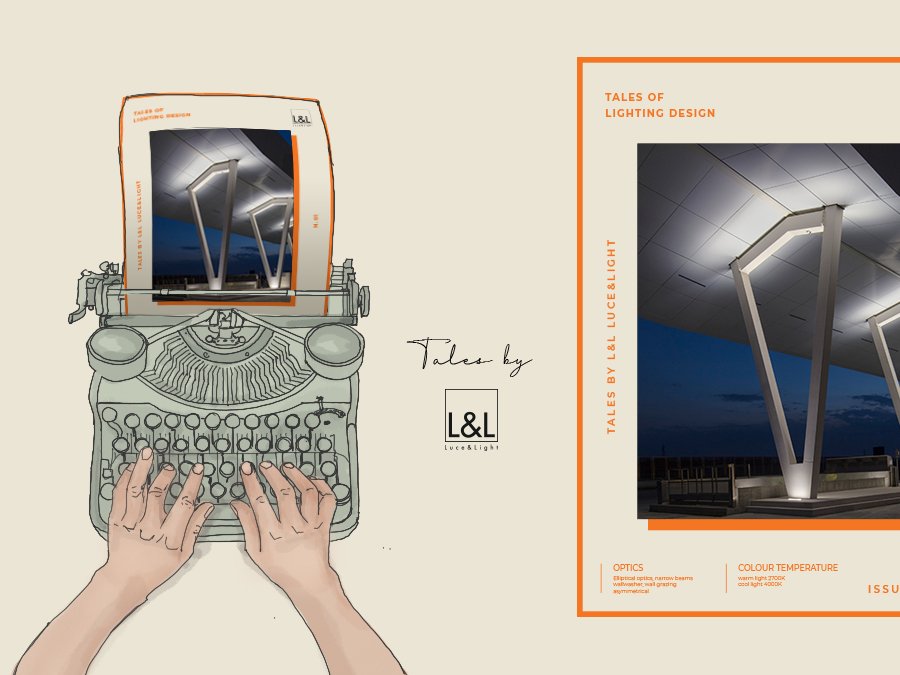 There was once a winery in Cerignola, on the Strada Statale 16, a state road that – just imagine – runs all the way from Padua in the north of Italy to Otranto way down south in the province of Lecce. In fact, it’s the longest road in the Italian network.

There was also an architect who could see things clearly and, you've guessed it, there was light.

But let's start at the beginning.

The Gruppo Alimentare Castellano needed to develop their infrastructure, so they asked an architect (who, as we’ll see later, was a certain Ciro Alfredo Matarante) to design a collection point for their grape harvest.


The harvest we're talking about here, mind you, involves lorries bringing 140 tonnes of grapes an hour and tipping their loads directly into two large stainless steel tanks, each with an opening about 23 m2 wide.

The tanks needed a covering that was high enough to be able to accommodate the lorries’ raised beds and offered enough cover to protect the grapes from the rain.
And from the sun! Yes, because we're in Apulia here, where temperatures can reach highs of 44°C in the summer months.

Remember this detail about the heat because it will prove to be important later.

And so the design of what for now we’ll simply call a “covering” specified a height of 12 metres.
Twelve metres! And all around it?
Open space, to allow the lorries to enter and leave without having to turn around, which, visually translated, is tantamount to nothingness: a straight, flat line, interrupted only by the comings and goings of the cars on the state road and the structures of the family business, there since 1974.

At this point the architect had an inspiration: the vision of a latter-day cathedral in the desert.

What was originally intended to be nothing more than a canopy has become the company’s greatest branding tool. Much more effective than any other marketing action ever carried out by the Group, it captures the attention of more than 15,000 passers-by every day.

But it is when the sun goes down that the vision really takes shape, as architectural light comes into play.

Let's examine it bit by bit.


6pm – the twilight of an October evening

The Y-shaped steel pillars come alive with the energy of modern-day telamones.

The power that unfolds along the full 12m height originates from a tiny fixture at the top that lights the pillars’ inner frame.

The visual effect is to empty out the space below the covering and leave it open to the winds.

8pm – the night it all happened

No one has noticed them but there, at the base of the pillars, linear profiles lie in wait, recessed flush with the ground.

At the agreed signal, they spring into action and project an ellipsis of light, 10°x40°, that generates a series of chain reactions.

Lit from the base, the pillars emerge from a play of light and shadows; at the same time, the ellipsis is projected onto the covering, creating a halo at the top of the pillars. This reflects onto the material used, ALUCOBOND®, illuminating the ground with indirect light, while the edges of the covering disappear from sight, blending into the blue-black sky of a starless night.

4am – the early bird catches the worm

These October days are full-on: there are a lot of grapes to unload and, as the night ends, the lorries are ready and waiting, lined up like soldiers in formation. The eight workers from the Gruppo Alimentare Castellano are in position. Zero hour arrives. Let there be light!

Twelve linear profiles with an aperture of 47°, recessed into the left wing of the covering, are trained on the platform below, where the workers measure and record first the lorries’ gross weight then their unladen weight after having tipped their load into the enormous underground tanks. Lorries queue below the right wing.

In this story, the villain of the piece is heat. The harvested grapes are processed by the machinery in the tanks, which divides them into berries and stems to extract the must, and they must not start fermenting too early.

Heat is the detonator of a time bomb, and time is running out: tick-tock, tick-tock.
But here LED technology comes to the rescue: despite the powerful illumination, it entirely eliminates the risk of overheating the processed material while ensuring that the workers can operate.

It is almost day. The cathedral switches off. The activities below the canopy continue unabated.

P.S. We lied in the title. It’s not a mystery: everything is as clear as day under a temperature colour of 4000K :D

P.P.S. If you don’t believe us, you can see the project all lit up here. 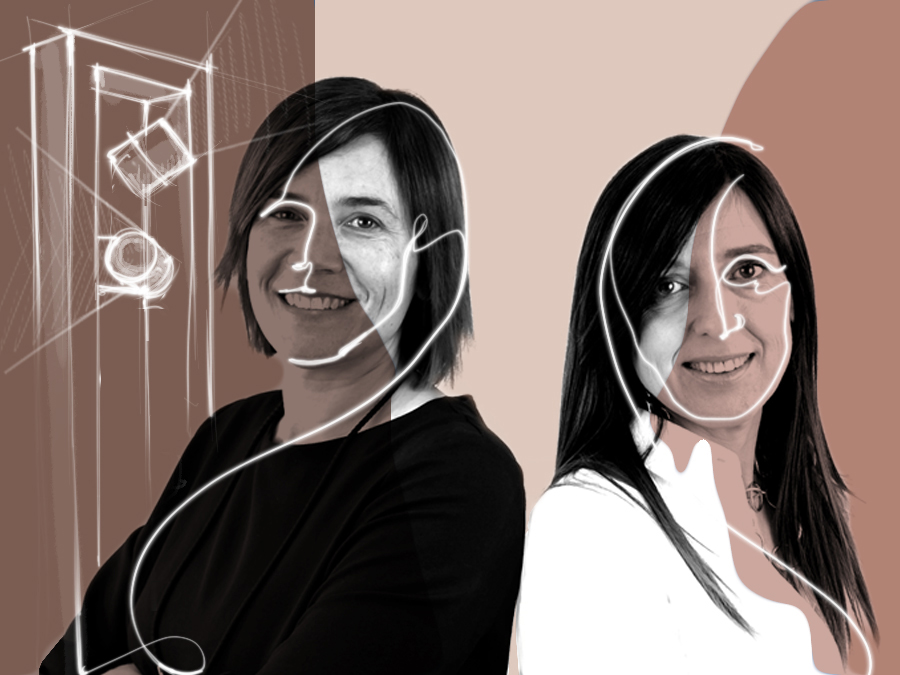 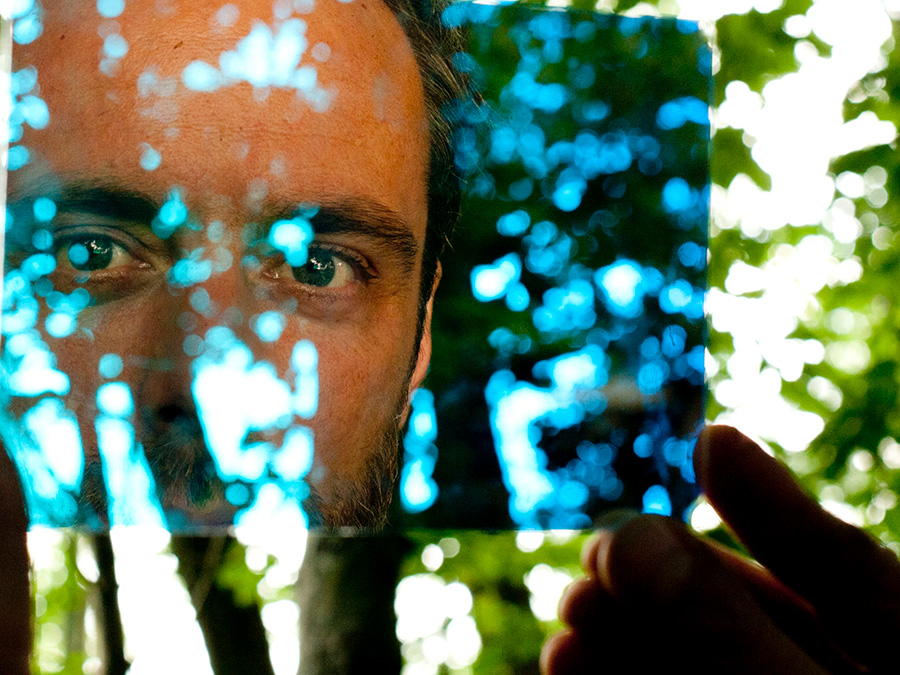 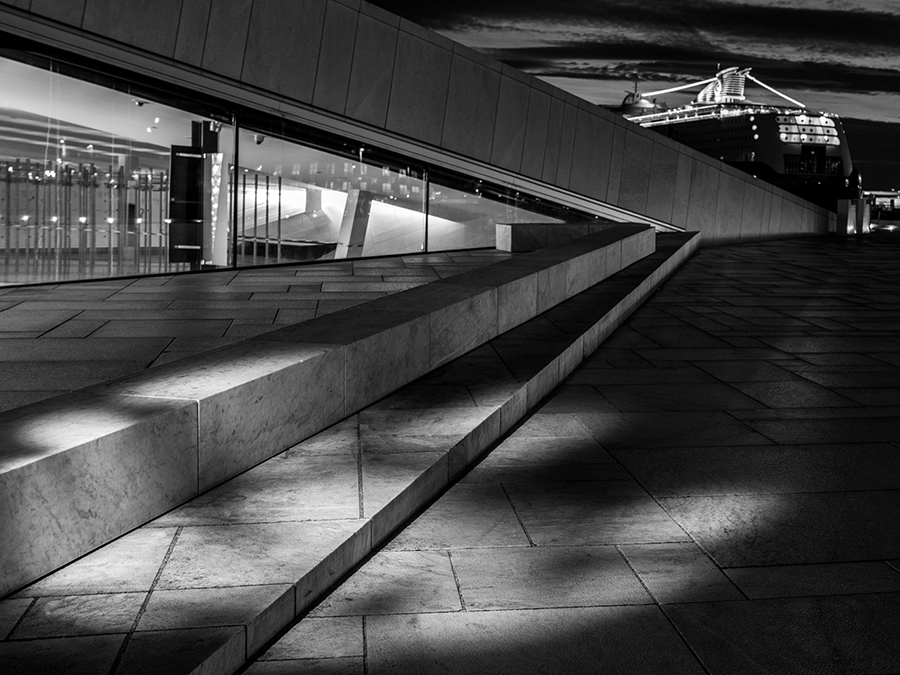 Komorebi and the emotional potential of an optical accessory