This site uses tracking services provided by Hotjar.
You may opt out from having Hotjar collect your information by visiting our Opt-out page [https://www.hotjar.com/legal/compliance/opt-out] or enabling the “Do Not Track” option in your browser.

In 2014, after 9 years of architectural improvements, Villa Medici del Vascello was opened to the public. It is a historic residence located in San Giovanni in Croce (province of Cremona). It is known for having been the residence of Cecilia Gallerani, the lady in the ‘Lady with an Ermine’ painted by Leonardo da Vinci. Once a nobleman’s home, the residence has been restored to its past glory and brilliance also thanks to a carefully planned lighting design project.

Studio Luce Sacchi oversaw the lighting project, installing various L&L LED lights. The brief was to create a stunning setting with the lighting enhancing the imposing edifice and respecting its rigorous shapes.

The Bright 2.0 recessed lighting devices were installed on the first floor balcony of the Villa. This spacious terrace was built in the 17th century and overlooks the entrance to the Villa in all of its grandeur. The elegant serliana structure is enhanced by the lights placed at the base of the columns, thanks to their bright, warm, 3000K coloured light.

The 20° angle illuminates all of the column, including the capital. The inner balcony is enhanced once again by the River 1.0 linear profiles; in the end, a choice for the 10°x45° optical angle was made: the light covering the ceiling and wall is just of the right intensity and uniform in all spots.

Some linear profiles, in this case the River Wall 1.0 (mounting with brackets), have been placed inside the loggia on the upper floor. They still retain the 10°x45° elliptical optical angle and are fitted with 10 3000K coloured LEDs, which create a suggestive chiaroscuro effect on the wall, giving more depth to the space.

Arches and columns are the dominant elements of the spacious inner courtyard of the Villa, the result of architectural improvements carried out in the 18th century. Bright 2.0 were installed at the base of the columns to illuminate both columns and arches with their beam at a 20° angle. The effect markedly enhances their shape. The River 1.0 are concealed recessed spotlights running along the lateral walls of the courtyard. These profiles were chosen for their elliptical optical nature to illuminate the walls in their entirety. 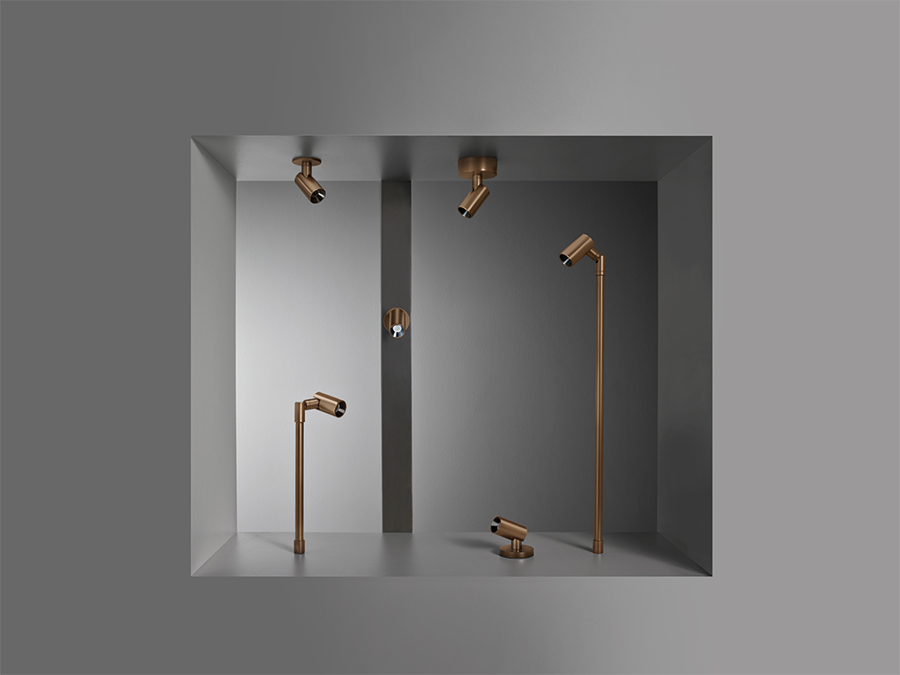 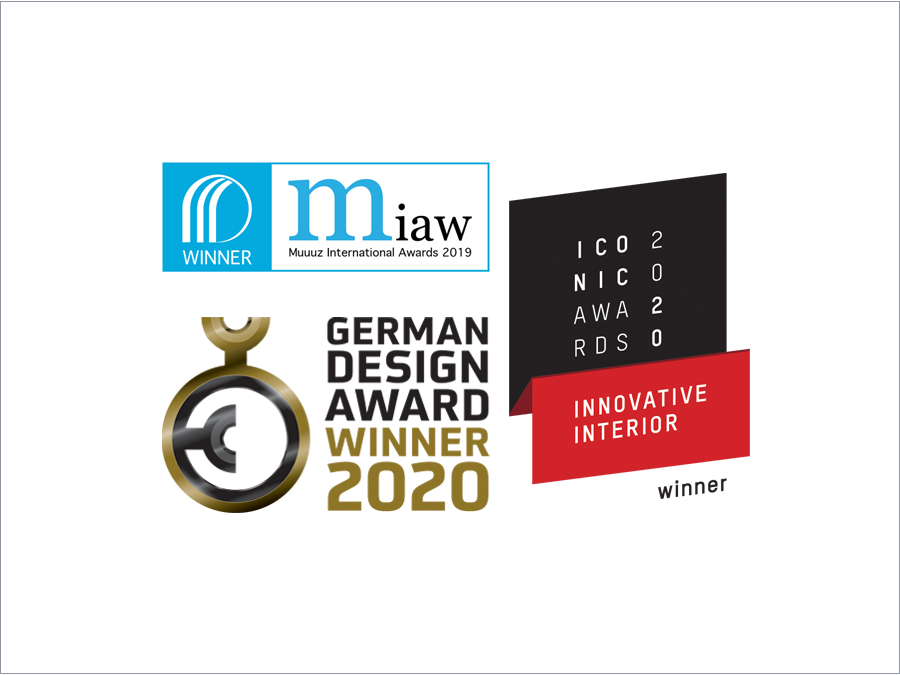